IPS Grows Up But IDS On Life Support? 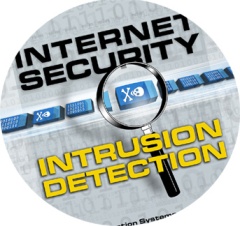 In the November 2012 issue of SC Magazine (Pg 26-28) titled “IPS Grows Up”, an article by Fahmida Rashid discusses some of the changing landscape for intrusion protection systems with a variety of experts. There are a variety of interesting topics and statistics regarding IPS such as the following:

While many can agree with that statement, what probably would not receive a great deal of agreement was the following statement within the article:

Holden predicts IDS will “fall by the wayside” in the next three to five years.

While it is understood that IDS is not detective rather than reactive, but one of the things that many businesses and agencies have a hard time tuning IPS in a way that there will not be any issues with mission or business critical traffic. The thought that IDS will no longer be necessary seems very short-sighted and limited. Granted most IPS devices are also IDS, but if defense in-depth is still a valid concept and that risk is a business decision, then IDS will remain in use for the foreseeable future.

Windows 8 is Here and So Are is the Zero-Day…

Microsoft’s new flagship operating system Windows 8 was released at the end of October, but with its release, so has a new zero-day. In a recent article in SC Magazine, the article describes how the French security firm Vupen is offering the recently discovered zero-day for sale. In fact, a mere $50,000.00 could allow you to obtain the vulnerability that has been described as affecting the new Internet Explorer 10 browser.

According to the article:

Last week, Vupen CEO Chaouki Bekrar tweeted that “various” IE10 and Windows 8 vulnerabilities had been combined to circumvent exploit mitigation safeguards in Windows 8, which was released to the public on Oct. 26. The exploit was reportedly not disclosed to Microsoft, nor was its price made public. Vupen did reveal that the zero-day could allow a particularly skilled hacker to bypass embedded security measures, which include high-entropy address space layout randomization (HiASLR), anti-return oriented programming (AntiROP), data execution prevention (DEP) and protected-mode sandbox.

According to the article, Vupen only sells the vulnerability information to governments and business, but this is very concerning. The fact that they have not shared it with Microsoft, this could become a way to hold applications, business and governments hostage. Secure coding needs to be the priority of developers and the time to market needs to be properly married to insuring limited vulnerabilities.

Research from Symantec has been published in ACM on October 16. The research, which was also referenced in articles in SC Magazine and Dark Reading, looks at the amount and duration of zero-day attacks. Specifically:

The research within the paper has some important considerations to business and the need for effective patching and defense-in-depth within the enterprise. Specifically, the paper found the following conclusion:

Zero-day attacks have been discussed for decades, but nostudy has yet measured the duration and prevalence of these attacks in the real world, before the disclosure of the corresponding vulnerabilities. We take a ﬁrst step in this direction by analyzing ﬁeld data collected on 11 million Windows hosts over a period of 4 years. The key idea in our studyis to identify executable ﬁles that are linked to exploits of known vulnerabilities. By searching for these ﬁles in a dataset with historical records of ﬁles downloaded on end-hosts around the world, we systematically identify zero-day attacks and we analyze their evolution in time.We identify 18 vulnerabilities exploited in the wild before their disclosure, of which 11 were not previously known to have been employed in zero-day attacks. Zero-day attacks last on average 312 days, and up to 30 months, and they typically aﬀect few hosts. However, there are some exceptions for high proﬁle attacks such as Conﬁcker and Stuxnet, which we respectively detected on hundreds of thousands and millions of the hosts in our study, before the vulnerability disclosure. After the disclosure of zero-day vulnerabilities, the volume of attacks exploiting them increases by up to 5 orders of magnitude. These ﬁndings have important implications for future security technologies and for public policy.

Based on these findings, it will be interesting to see if the various technology vendors, programmers, and business will take this to heart and work harder in getting less vulnerable software and systems to market. Follow on research from this paper could be to evaluate the cost impact associated with zero-day attacks or vulnerabilities that were left unpatched. The reality is that security is about risk acceptance and in some cases the cost may be deemed an acceptable risk by some businesses.